Urgent care near me
in Phoenix, AZ 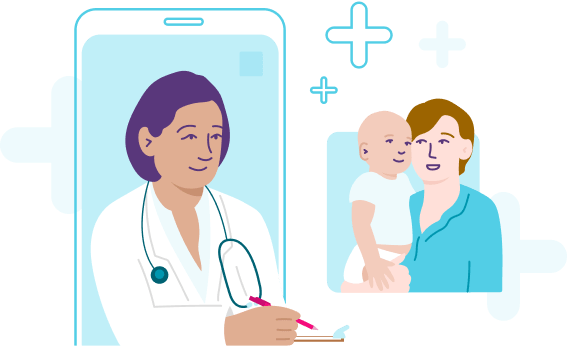 Urgent care near me
in Phoenix, AZ

On June 19th I booked an appointment with Dr. Morrison through Zocdoc which had him available for appointments as well as listed as a surgical dermatologist which I later found out is not correct. What happened upon my arrival was nothing short of an unbelievable and horrid treatment of a new patient. I arrived to my appointment almost half an hour early assuming I would have a bucket load of paperwork to fill out as a new patient. I checked in by saying I had an appointment at 3pm with Dr. Morrison, the receptionist gave me paperwork without a word, I filled out new patient docs, and then waited for about 20 minutes PAST my appointment time to be taken back. The nurse who took me back took my height and weight, and then we went into an exam room where I had my blood pressure, oxygen level, temperature, and heart rate taken. All standard procedure. I then was told to wait and did so for another half hour. It was now closer to 4pm when my appointment was at 3pm. After waiting patiently a knock comes on the door. To my surprise a female nurse walks in instead of Dr. Morrison who is a man. No issues there, but I was utterly confused. I explained I was expecting someone else "lol" and she tells me that Dr. Morrison isn't actually here. She asks me what I have come in for...I have had a thorn or maybe a metal splinter stuck in my hand. So after trying to fix it myself and give it time I finally decided to go in and have a pro excise it. No infection or anything major. Just a hard red bump on my palm that I have been unable to deal with on my own. The nurse practitioner didn't even touch or examine my hand. She quickly explained that she was not experienced in this that she didn't feel comfortable performing anything on me. She explained she was just filling in for Dr. Morrison and she just got called in this morning to work. Supposedly they had called me but I have no missed call, no voicemail, no email, and no zocdoc update. Even my text and email updates confirmed my appt with Dr. Morrison this morning! She then explains she thinks it would be better to scratch this appointment all together and reschedule, but that as a last ditch effort she would ask one of the other nurses about it before I left. She leaves the room for about 5-10 minutes and then comes back alone. Then she proceeds to tell me that the other nurse just says to go get x-rays first and come back for another appointment. That nurse didn't even come in the room and look at my hand. I'm not just going to pay for x-rays just so you can get me out of the office as an excuse for not being prepared for my appointment. So I said I would rather take her up on the first option and we both agree that it's best to just start over and wait until i can see Dr. Morrison. She then leaves the room again and comes back with a billing sheet filled out that I'm supposed to give the front desk. The office manager had decided to charge me for a full "level 2" visit even though I didn't get seen by the doctor as scheduled for almost 3 weeks. I asked why and she proceeds to speak to me from her desk behind the receptionist and behind a wall, refuses to make eye contact with me, and keeps pretending to do other tasks while being passive aggressive. I told her this was far from fair given the circumstances. I asked her if she thought this was fair to which she replied "you were seen". Wow. So I proposed: 1. I pay for today but it gets applied to a new appt with the actual doctor. Or 2. I pay for what was done (new patient add + vitals) which should be no more than $75 even at the most expensive office. She tells me I have to pay the full amount now or they will send it to collections! Ha! Lady you are a piece of work. Dr. Morrison, I understand things come up but you and your office completely dropped the ball on my appointment. And lady, thanks for treating me like complete sh*t instead of owning up and attempting to fix the situation. I won't be back.

They were super friendly and right on time for my appointment. I had a COVID test scheduled, when it was negative I asked if he had time to run an Antibody test and out of respect for his next appointment he checked to see if they were there before give me an answer. The next appointment had not arrived yet so he did it. I have and will continue to refer friends and family to the Buckeye Little Clinic!! Thank you for making this stressful time a little less stressful for me!!