1
4 Ratings
Claim clinic
This clinic hasn't been claimed by the owner or a representative yet.

ExpressCare Urgent Care, Center Festival is an urgent care center in Bel Air and is open today from 8:00AM to 9:00PM. They are located at 5 Bel Air S Pkwy, Suite 1535 and open 7 days per week.

Patients have given an average rating of 1 stars out of 5 for their experience at ExpressCare Urgent Care, Center Festival.

Nationally, we are seeing urgent care patients wait an average of 15-30 minutes before being seen by a healthcare provider, which would likely be the case at ExpressCare Urgent Care, Center Festival. As part of the ExpressCare Urgent Care group, they have a sister facility in Bel Air 3.6 miles away that you may want to consider if the wait gets too long.

Overall Rating 1
Based on 4 Ratings
Wait Time
(2 Ratings)
Quality of Care
(2 Ratings)
Bedside Manner
(2 Ratings)
Staff Friendliness
(2 Ratings)
Facility Cleanliness
(2 Ratings)
All reviews are opinions of patients and do not represent the opinion of Solv.
Showing 2 Top Reviews
Reviewed in Jan 2019
I am usually not one to post poor reviews; however, I have placed two formal complaints with Express Care Urgent Care Festival location without a return call from the COO, Kelly Reid. Both times, I was told Ms. Reid would call me regarding my concern, but I have yet to receive a call. I visited Express Care twice- once on 12/19 and once on 1/2. The first time, I was prescribed an antibiotic for an upper respiratory infection and started to feel better once I completed the antibiotics, but my symptoms recurred which brought me back to Urgent Care the second time on 1/2. During my second visit, I was prescribed an antibiotic I have never taken before. When I went to pick up my antibiotic from my pharmacy on 1/3, I was informed that the prescribed antibiotic is a derivative of a medication I am allergic to. That afternoon, at 3:48pm, I called Express Care and requested that I be prescribed a medication that I was not allergic to. I was told by the front desk attendant that a message was left for the med tech, and I was instructed to have my pharmacy contact Express Care directly. I promptly called my pharmacy and requested they call Express Care. At 7:26pm, I received a call from the med tech from Express Care stating that they could prescribe me an alternate medication, but they needed to speak directly to CVS. I did not hear anything else from Express Care that evening. On 1/4 at 12:27pm, I contacted my pharmacy, and they stated that they called Express Care multiple times, and each time, they were put on hold for at least 10 minutes. The pharmacist stated he would call CVS back again and keep me updated. At 4:01, I called CVS again, and the pharmacist stated he put a message into the med tech earlier that day but has not heard anything back. I then called Express Care and spoke with the front desk attendant and explained the situation. He stated that he would put an “urgent message” into the med tech. I then requested that Express Care call CVS directly, and I was told “we are not able to do that.” I did not hear anything back from Express Care even when an “urgent message” was placed in the system. I then called Express Care again at 6:48pm and spoke with the only helpful person during this experience, Ally. She was able to speak with the physician, obtain a new antibiotic prescription, and call that prescription into my pharmacy which I was able to pick up that hour. Ally even called me an hour and a half later to ensure that I received my new antibiotic. To say the least, I am not happy at all with my experience at Express Care Urgent Care at the Festival in Bel Air. It is absolutely unacceptable that it took eight phone calls over 48 hours to obtain a prescription I did not have an allergy to. These eight phone calls were placed when I was not feeling well and was in need of this medication. I am in the health care business and take pride that I promptly follow-up with patients and their families regarding any concerns they may have. The lack of follow-up or concern from staff at Express Care Urgent Care (front desk attendants, med techs, clinicians, and even COO) show their lack of concern for their patients. I feel that majority of the staff at Express Care Urgent Care did not care about my situation and lacked the skills to solve the issue at hand. Express Urgent Care needs to take a look at their personnel and protocols to ensure this does not happen again. As a result of my experience, I will take my business elsewhere. I will also share this experience with those around me so they are aware of the lack of concern Express Care Urgent Care has for their patients.
Read more
Reviewed in Dec 2018
HORRIBLE location... no concern for patient and financial impact! If I could rate at 0 STARs, that is what they would get.
Book With Confidence 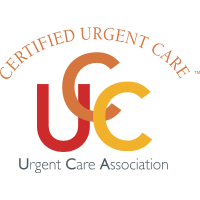