MedExpress Urgent Care - Carrollwood is an urgent care center in Tampa and is open today from 8:00AM to 8:00PM. They are located at 13856 N Dale Mabry Hwy and open7 days per week.

Patients have given an average rating of 2.2 stars out of 5 for their experience atMedExpress Urgent Care - Carrollwood.

Nationally, we are seeing urgent care patients wait an average of 15-30 minutes before being seen by a healthcare provider, which would likely be the case at MedExpress Urgent Care - Carrollwood. As part of the MedExpress Urgent Care group, they have a sister facility in Tampa 4.9 miles away that you may want to consider if the wait gets too long.

Claim clinic
This clinic hasn't been claimed by the owner or a representative yet.

Contact your insurance company before your visit to ensure the clinic is in network for the service(s) you're seeking.
Medicare
PPO
Self-Pay
TRICARE
Triwest

Overall Rating2.2
Based on 11 Ratings
Wait-Time
(2 Ratings)
Quality of Care
(2 Ratings)
Bedside Manner
(2 Ratings)
Staff Friendliness
(2 Ratings)
Facility Cleanliness
(2 Ratings)
All reviews are opinions of patients and do not represent the opinion of Solv.
Showing 2 Top Reviews
Reviewed in Nov 2020
So so good! So friendly! The staff put me at ease!
Reviewed in Feb 2020
Awful experience. I think it was because they were so busy. There were about 8 people in the waiting room when I left, an hour before they were scheduled to close. But I waited 2 hours in their exam room only to be told by the nurse practitioner that he couldn't really do anything about my inflamed skin condition and that I needed to see a dermatologist right away. He gave me a prescription for antibiotics that I did not actually need (because there was no infection, just inflammation, which he should have known because apparently this is a common thing) to make me feel like he had done something productive with the (literally) two minutes he was in the room. I was able to see my dermatologist this morning - a week later - and the nurse practitioner at my dermatologist's office was professionally offended by what I was told at MedExpress and outraged that I was told there was nothing that an urgent care clinic could do to relieve my suffering, which delayed my condition being treated properly. She said, and I quote, "I used to work in an urgent care center and I used to perform this procedure on patients [who came in with this problem] all the time. It wasn't because he couldn't take care of this that he didn't do anything." As I had suspected, honestly, but I had been willing to give the guy the benefit of the doubt before. If your business is so busy and it is flu season, you need to have more than one healthcare provider on site on a given day to handle the volume of patients you're seeing, so that patients can actually be given the level of care their condition warrants, rather than getting blown off and sent back out the door because proper treatment is going to take 15 to 20 minutes to accomplish. And I know they were understaffed because he was the only person seeing patients, and I was checked in by someone whose name badge said they were the radiology technician instead of by a nurse. I will never again go to MedExpress. I think the CVS clinic could have done just as much for me in much, much less time, and I only went to MedExpress in the first place because - as an urgent care - they are supposed to be equipped to handle more. The only good things I can say about is that the ladies at the front desk were polite and apologetic about the wait time, at least giving lip service to that, and it was relatively clean.
Read More 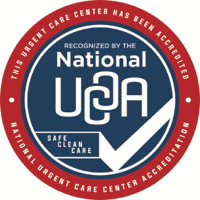 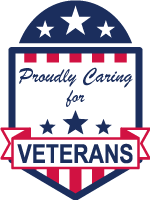