Flu shot near me
in Pinon, NM

A flu shot (flu vaccine) is a deactivated flu virus that's used to protect against influenza, a serious disease that can send you to the hospital or, in some cases, kill you. Millions of people get the flu every year and tens of thousands of people die from it. The CDC recommends that everyone six months and older get the flu vaccine before flu season each year since your immune protection declines over time. Symptoms of the flu might include coughing, fever, muscle or body aches, sore throat, tiredness, headaches, stuffy or runny nose, chills, and possibly diarrhea and vomiting.

Some people who get the vaccine still get sick, but some studies have shown that the flu vaccine can reduce the severity of the illness in some people. The flu shot can protect women during and after pregnancy, vulnerable groups of people (like infants, the elderly, and those with chronic diseases), and prevent complications in people with chronic diseases. Anyone with severe allergies to any ingredients in the flu shot should obviously avoid it, as well as anyone who's had a severe allergic reaction to a flu shot before and anyone with Guillain-Barre Syndrome.

The influenza virus immunization, commonly referred to as the flu shot, can help you avoid becoming ill with the flu. You can make the best health decisions for you and your family by learning more about the flu shot's benefits and how it works.

The flu, according to the Centers for Disease Control and Prevention (CDC), is a potentially fatal illness that can lead to hospitalization and death. Millions of people in the United States contract the flu each year, and tens of thousands of people die as a result of flu-related illnesses, according to the report. The flu can cause ear infections, bacterial pneumonia, and chronic health problems such as diabetes and heart failure.

According to the Centers for Disease Control and Prevention (CDC), the flu vaccine has been shown to reduce the risk of flu-related illness, hospitalizations, and fatalities in children. According to the Centers for Sickness Control and Prevention, it may even reduce the severity of disease in people who suffer breakthrough infections after getting vaccinated.

The seasonal flu vaccine usually becomes available in July or August, according to the CDC, which is when children should get it. Adults are advised not to get vaccinated at this time since the flu vaccine's effectiveness decreases over time.

The CDC recommends that everyone six months of age and older get the flu vaccine every season. It does, however, mention that different vaccines may be required for different people. The nasal spray flu vaccine is not recommended for pregnant women due to an increased risk of complications, according to the CDC.

There are two types of flu vaccines: injection and nasal spray. According to the CDC, most flu vaccinations are administered with a needle inserted into the arm muscle, though a jet injector may be used in people aged 18 to 64. The nasal spray immunization is only available to people aged two to 49, with the exception of pregnant women and people with compromised immune systems, according to the CDC.

The flu vaccine, according to the CDC, will not give you the flu virus. However, it does warn that it may cause many of the same side effects and symptoms as the flu and other respiratory ailments, including fever, cough, headaches, muscle pains, and a runny nose.

The flu vaccine, according to the CDC, can cut your chances of catching the flu by 40% to 60%. It goes on to add that there are two main factors that determine whether or not the flu vaccine will protect you from becoming ill with the flu. The person's attributes, such as age and health, as well as how well the current season's immunizations "match" the flu viruses circulating in the population, are all taken into account.

According to the Centers for Disease Control and Prevention (CDC), there are a number of effective ways to reduce your risk of catching the flu without getting vaccinated. Exercising frequently, eating good meals, getting plenty of quality sleep, and managing stress are some of the most effective methods to maintain a robust immune system and avoid the flu. According to the CDC, other precautions include often washing your hands, covering your mouth and nose while sneezing or coughing, and avoiding close contact with sick people. 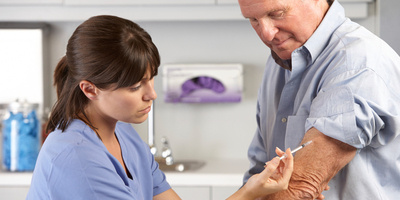 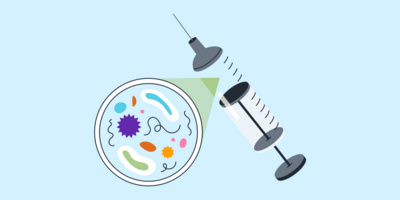 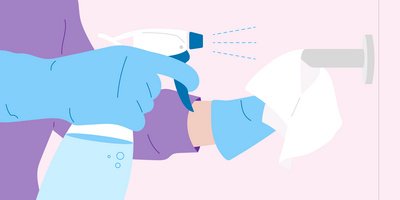 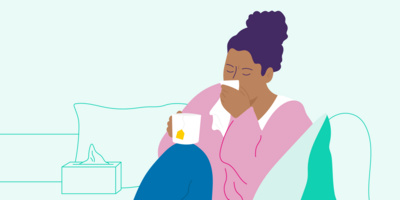 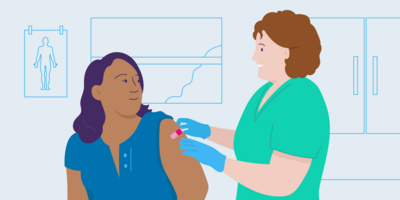 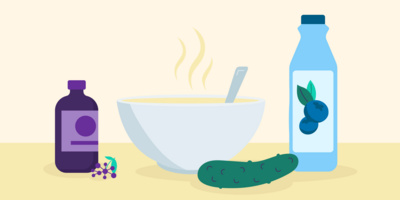