Recent data from the Covid Tracking Project report a national daily average of 802,000 tests, compared to the 2.2 million daily test target set by researchers from the Harvard Global Health Institute.

To increase testing to the level considered necessary to stop the spread of COVID-19, communities are relying on a range of testing venues — from hospitals, physician practices, and urgent care centers to pharmacies and city- and community-supported venues like drive-thru centers, churches, and community centers — as well as regional and local governments to organize mass testing programs. As a result, public-private partnerships are taking root that span that spectrum of centralized and decentralized models.

The government establishes and wholly operates their own testing centers, including procuring their own testing kits and supplies, creating relationships with labs to process tests, hiring and training staff for those centers, and bringing in technology to support promotion, communication and workflow, and ultimately comprehensive reporting.

Government agencies organize a consortium of established healthcare providers, including urgent care centers, hospital systems, and federally qualified health centers, to help route area residents to the facilities based on criteria such as symptoms, proximity, appointment availability, and insurance acceptance. In this model, each healthcare provider procures their own tests and supplies, uses their existing lab partners for processing, and relies on their existing staff and technology.

Between these two distinct models are the countless hybrid solutions being developed to meet unique local and state testing requirements, but they all share the need for comprehensive reporting and data collection, community awareness campaigns, and targeted outreach to drive utilization. Regardless of the specific model type, the ability to flex in real-time based on demand is key, especially as communities progress through different phases of reopening.

In the City of Seattle, ground zero for the pandemic in the U.S., the initial response to testing was largely decentralized, where the local health department along with the city and state relied on private health partners to conduct most of the testing. As the model evolved, government leaders have leveraged public-private partnerships to develop a high-capacity, best-in-class testing experience. To date, Seattle has conducted more than 105,000 COVID-19 tests with more than 62,000 of those administered at two drive-thru testing centers the city established.

On a recent webinar, City of Seattle leaders shared insight and best practices for other community leaders creating their own models for mass COVID-19 testing.

Everyday counts during a crisis, and if there is a silver lining to crises, it’s that we’re often shown what’s possible. In launching their first two testing sites, government leaders in Seattle recognized early on that they couldn’t fall into the trap of getting bogged down in integrations and the way things have always been done. Instead, they focused on taking action to move forward and iterate in a more agile way, which resulted in an unprecedented three-week project timeline — the first serious conversations began May 12, and testing sites opened up June 5.

Not only did the City of Seattle launch the testing centers at rapid pace, they also exceeded their own expectations for testing capacity. Across both testing sites, up to 2,500 people are currently being tested each day, eclipsing the highest bar they originally thought achievable at 1,600, which was met within a week — an impressive metric with the highest impact on operations.

“The first serious conversations we had were May 12 and 13, and our testing sites opened up on June 5. So we did it in three weeks, essentially, from beginning to end with a lot of help from a lot of really smart people. Julie Kline, Senior Public Safety Advisor, City of Seattle”

2. There’s no such thing as a perfect technology solution.

No software on the market was designed with a global pandemic as a primary use case. Finding a single product suite that does everything you want it to out of the box is highly unlikely. And defining requirements for custom built solutions and integrations will slow you down.

Prioritize your technology requirements and find a solution (or series of solutions) that address as many of your needs as possible, move quickly with it, and fill in the gaps with either additional solutions, manual effort, or a little of both.

When it came to finding the right technology partner, an important part of implementation for Seattle was setting aside the notion that one piece of technology could solve every single problem. The city’s main goal was to make testing available to everyone, regardless of language barriers, deaf or blind handicaps, or limited access to mobile devices. Recognizing that no single technology is able to overcome all of those barriers took a lot of pressure off of the type of technology they needed to procure on such a short timeline and allowed them to focus on finding additional means for navigating obstacles to testing.

The city then turned to the local Customer Service Bureau, or what’s commonly known as 3-1-1 in many communities, to help support the technology. Workers manning the phones were able to field hundreds of calls each day, answering questions and helping people sign up for testing appointments on the public-facing Solv app.

Speed and fluidity are important components already discussed. When existing infrastructure, talent, relationships, and more can be utilized, you can usually move faster and trust that those established assets already work reasonably well.

For Seattle, a key element to launching their testing centers was leaders’ ability to take advantage of existing resources, saving time and money as the program launched. Thanks to longstanding partnerships and even unexpected pre-existing operational resources, city leaders were well positioned to roll out a high-powered mass testing model.

Beginning January 1, 2020, Washington state closed down Seattle’s two vehicle emissions testing sites. On a stroke of genius, a city fire captain suggested converting the old emissions sites into drive-thru COVID-19 testing centers, and City of Seattle leaders ran with the idea. Already positioned at the north and south ends of the city, the commandeered testing sites were ideally located for best serving community members seeking care for COVID-19. Each location boasts a covered indoor office area and five lanes with plenty of queuing room for patients waiting in their cars — a setup city leaders say couldn’t have worked better if designed from the ground up.

Located in Seattle, University of Washington Medicine was one of the first academic laboratories in the country to launch a large scale platform for COVID-19 testing. Looking closely at FEMA requirements, tapping private insurance is a prerequisite for reimbursement, which is not something the city was able to do. As an accredited laboratory, UW Medicine already had the infrastructure in place to handle backend operations and, thanks to an existing partnership with the City of Seattle, were able to take on billing and reimbursement responsibilities.

4. Patient communication and engagement is essential.

Despite the consistent demand for COVID-19 testing, taking the “if you build it, they will come” approach simply won’t work. Further, engaging patients with a simple scheduling process, automated and personalized communication to facilitate both scheduled and walk-up visits, and post-visit follow-ups seeking feedback are critical to maximizing volumes and iterating successfully.

During a highly anxious time in Seattle, city leaders were intentional about reassuring residents that they had adequate resources for testing. To get the word out, public safety advisors relied heavily on the local health department’s advice and messaging infrastructure with focus on staying grounded in reaching the right people.

One concern that comes with launching free, easy-to-access testing is the potential for the worried well — those community members who wanted to be tested for peace of mind — to overwhelm capacity. As a result, the City of Seattle worked to keep messaging in lockstep with their public health partners. Alongside the fire department and UW Medicine, the city worked to alert the community to testing milestones and continue reassuring testing availability to alleviate anxiety.

Efforts to empathize with patients started in the planning phase. In preparation to launch the first testing site, the city’s manager of innovation and performance got tested to fully understand the user experience and the stressors inherent to COVID-19 testing. Once patients were swabbed, city leaders wanted to continue supporting a positive experience. Through Solv, they are able to collect patient feedback that helps staff feel appreciated and also motivates them to continue improving.

5. Prepare for large volumes of patients, scheduled and walk-up.

COVID-19 testing is in demand across the country. As noted previously, demand is nearly 2.5x the current supply. When you open a community-based testing program that supports both scheduled and walk-up testing without pre-screenings, you need to expect a large patient turnout. After you have determined what your expectation is for daily tests, plan for twice that volume.

Prior to Seattle launching their own testing sites, capacity was maxed at about 2,000 tests per day through private partners and small neighborhood clinics. Once the governor announced the reopening metrics, it became clear that capacity was going to have to double, if not triple or quadruple, but the existing infrastructure couldn’t scale to that volume.

In building the new drive-thru testing centers, the City of Seattle knew it needed processes in place to accommodate both scheduled and walk-up patients. For those without an appointment, a simple Post-it note is used to signify more time needed for registration. Once patients move into a drive-thru lane, an assembly line of staff with specific roles optimizes the testing process to move patients through as efficiently as possible.

Within a week of opening, Seattle surpassed their flex target of 1,600 and quickly began to average north of 2,000 daily COVID tests. As of August 1, they were processing close to 2,500 per day with one of their two locations handling between 1,500-1,600 patients.

One of the most common mentalities cities and providers are making when approaching COVID-19 testing programs is the idea that they are temporary efforts, something that will last 60-90 days and then be taken down. In reality, experts are indicating that COVID-19 testing will be a necessary nationwide effort for at least 18-24 months.

Early on, Seattle city leaders recognized they weren’t building something to last just through summer and that a mass testing model needed to be operational at least through the end of the calendar year. In designing and launching the first two testing sites, emphasis was on creating a flexible system that could be easily scaled for a long-term plan — a testament to community partners’ commitment to continuous improvement. As the city prepares to launch two additional sites, leaders continue to look ahead at solutions to last not only through the end of the pandemic when testing is no longer needed but also with an eye toward converting testing sites into vaccination sites. With testing sites three and four, leaders are looking at a more modular approach that is walk-up friendly for residents without cars and neighborhood-specific to areas that are testing deserts or have a high percentage of positive cases, emphasizing equitability over high throughput. Holiday Season Checklist: 4 Ways to Prep Your Urgent Care for the B...

As the end of the year approaches, it seems like calendar pages are flying off like a time-lapse movie montage.... 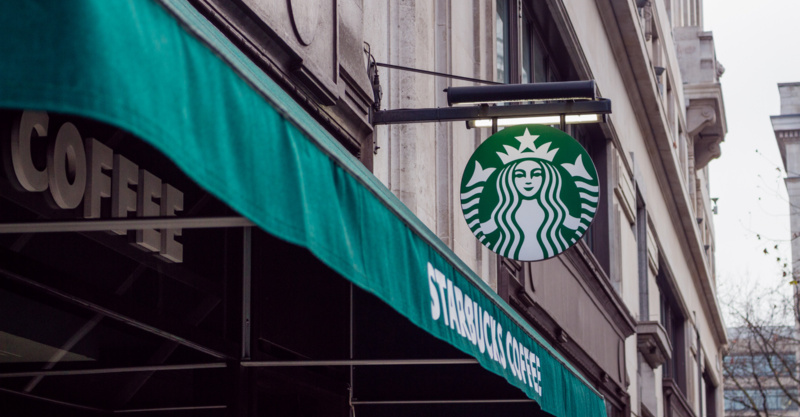 The Urgent Care Association recently tweeted that there are more urgent care centers than company-owned... One of my favorite parts of my job is visiting our Solv partners and getting a first-hand look at how their...